Hi! This is Nico of Balangay Entertainment. We’re excited to announce our new game…

This is the official boardgame based on the best-selling comic by Budjette Tan and Kajo Baldisimo.

Trese Case Files: War and Chaos is a cooperative board game for 1-5 players. You will play as the characters from Trese as they protect Metro Manila from villains from the comic. Players will need to work together to investigate cases, defeat monsters, gain favors, and thwart the mastermind’s diabolical scheme.

*Note: We are still in production so images of the game, logo, and artwork do not reflect the final presentation of the game.

Play as either Alexandra Trese, Basilio, Crispin, Maliksi or Capt. Guerero. Each character has their own strengths, weaknesses, and abilities that contribute to your team’s strategy.

One Game, Many Stories

Before each game, the players must choose a storyline they would want to play. So far, there are two scenarios based on Cases from the comic. 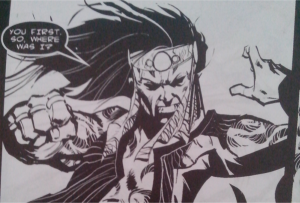 Trese must stop the Talagbusao from manifesting permanently in the physical world. The players must stop his ritual from engulfing the city in violence and chaos. 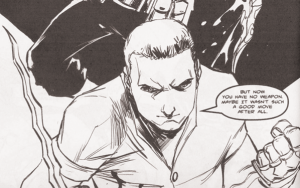 Trese must reveal the identity of a mysterious collector who has been kidnapping supernatural creatures. The players must stop him before his actions cause a gang war between the Aswang and the Manananggal.

Solve cases involving Aswang, Manananggal, Tikbalang, Enkanto, and other creatures from Philippine Mythology before they cause a city-wide crisis.

Gain Favors from the Underworld

Complete side quests connected to familiar characters and locations from the Trese universe like Manang Muning, the Wind Sisters, the Trident Bar, and the Armanaz Tower. To have any hope of victory, you must gain the favor of Manila’s underworld.

Featuring the art of Kajo Baldisimo

Trese Case Files will be using artwork from the original comics.

The game is designed so that new scenarios, characters, cases, and other content, can easily be added.

Want to play as the Trese siblings? Or Verdugo’s Squad? We can add them through expansions.

Explore the Trese universe crafted by Budjette and Kajo. So far, two scenarios have been designed based on actual storylines from the Trese comic but we plan to add new scenarios based on Trese’s other adventures.

Monsters from every Nightmare

Philippine Folklore contains a myriad of supernatural creatures and horrors. Which one will we add for you to face off against next?

To make this game happen, we will need your help.

We plan to start a crowdfunding campaign near the end of July to raise funds for the production of the game’s core set. Please support us by:

The game will only be made into reality with your help.

As we get closer to the launch of the campaign, we will be releasing more information about the game like:

As I earlier said, we are still in Production. We will be releasing artworks little by little to show you how the game will look in it’s final form.

If everything goes according to plan, the game will be released in March 2017.

For starters, please help us choose the right crowdfunding platform by answering this poll.

Thank you and stay tuned for updates! 😀

Trese setting and characters are © of Budjette Tan and Kajo Balidisimo.

Nico is a game designer, programmer, songwriter, ex-audio engineer, amateur fiction writer, and president of Balangay Entertainment®. One of the less competitive members of Balangay, Nico only wins against 2k, Marx, and Aya when he's played the game before and they haven't. Nico always wins against Aa. He'll play almost anything as long as it's not loud. He likes euro games for their strategy and thematic games for their roleplaying. He doesn't like party games that much because they get too noisy for his ear disability.